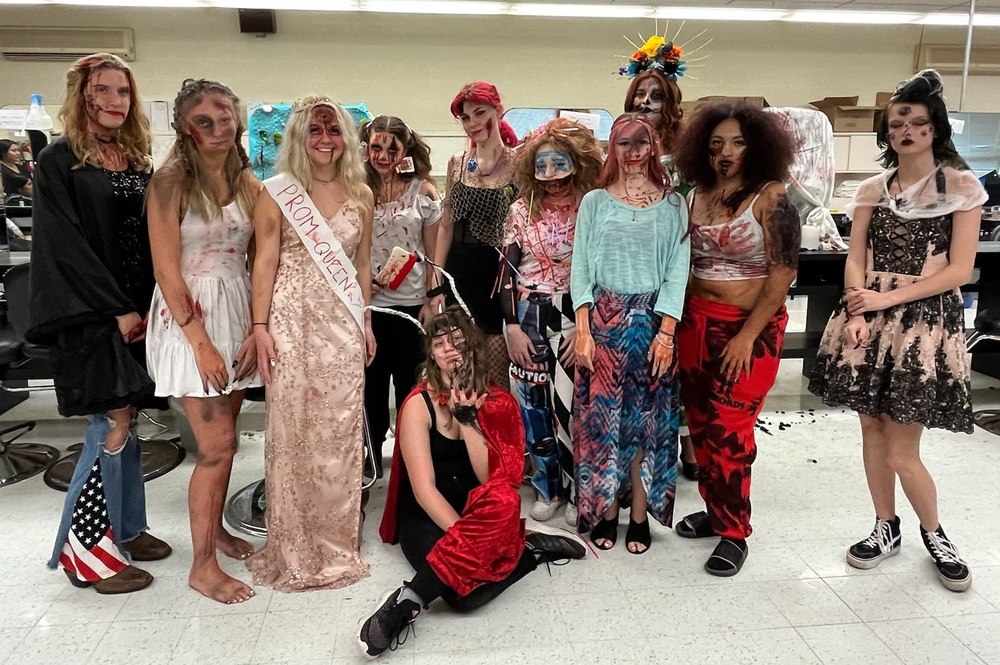 CCTC: A Semester in Review - Spooktacular

As the Fall semester comes to an end, we will be releasing a series of news articles in our CCTC: A Semester in Review Series.  Without further adieu, view the article below.

Return of the Spooktacular Cosmetology Salon

Three years in the making, CCTC”s Cosmetology department brings back the Spooktacular Salon event.  Students from both Mrs. Hall’s and Mrs. Wrights collaborate on models transforming from beautifying to horrifying!  After being introduced to special effects makeup techniques, students collaborated in teams of four to create the most spooktacular scene including a scary set, hair, make up and nails.  Team names and models included:

The Ghoul Girls at Monster High

Team Siren and their Siren

Team Joker and their Joker

Sanguinary and their Ravers

Firefighters and their  Burn Victim

Spooky Skeleton and the Halloween Myths

Bad Witches and the Murdered Mistress

People of Darkness and the Mermaids

Killers and The Terrifier

Arachnid and the Spiders

Judges were invited in from a wide variety of areas including previous students, business partners, Program Advisory Committee members, school system employees including Dr. Simmons and Dr. Downes.  Winners were announced in for the following categories:

Use the following link to check out photos from the event: https://flic.kr/s/aHBqjAcFCB